There has been lots of chatter about the so-called “French paradox,” a mysterious ability the people of France have to stay slim and healthy, despite the inordinate amount of rich food they consume. Some attribute it to their consumption of resveratrol-rich red wine, while others credit their penchant for long, slow meals. However, it may also have something to do with the fact that the French simply don’t snack. The healthy snacking tip we can take away from France is that they just don’t.

The average French child begins his or her day with a big bowl of milk accompanied by a few tartines: slices of fresh bread spread with butter or jam. French adults, meanwhile, swap out some (or all) of the milk for coffee, and many forego the tartines altogether, effectively fasting in lieu of breakfast. 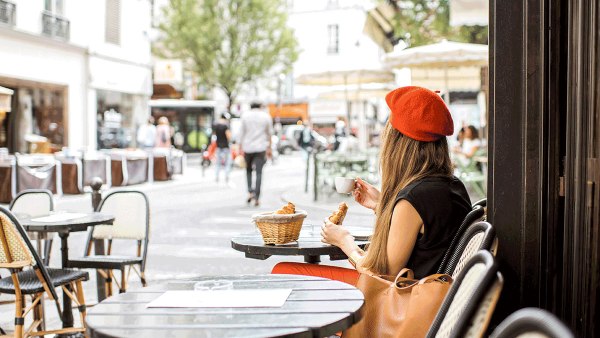 Lunch is traditionally the longest and largest meal of the day: Adults working in offices usually get an hour (or two!), and it’s not uncommon to enjoy lunch with one’s colleagues at a restaurant—and even have a glass of wine. A French dinner is a smaller version of lunch: typically an appetizer (some form of salad, like grated carrots with vinaigrette, grated celery root with remoulade, or beetroot with herbs), a main, cheese, and a dessert—which, despite the fact that the French have access to all variety of delicious pastries, more often than not is a simple cup of yogurt. And that’s it.

Between meals, France has no real snacking culture: reaching into the cupboards for a bag of chips, having a “just-in-case” granola bar in your purse, or even grabbing a green juice, smoothie, or milky latte during the day just doesn’t occur to the French. The only thing that does? A small, mid-afternoon morsel for children, dubbed le quatre-heures, or “the four o’clock.” Usually eaten sitting at the kitchen table when kids get home from school, this snack helps little bellies stay full between a noon lunch and an 8 p.m. dinner, but otherwise, you won’t ever catch anyone in France snacking. 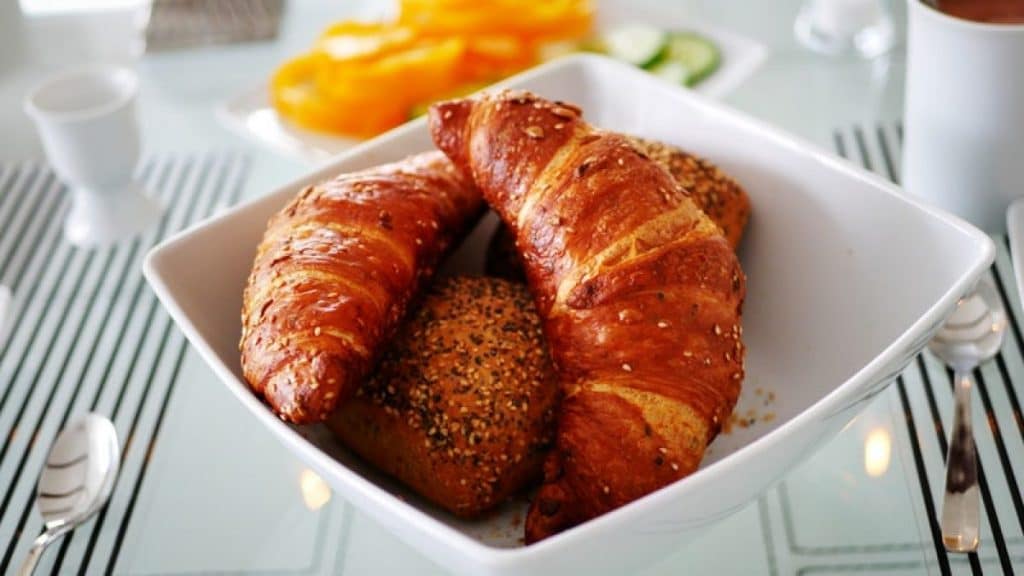 This lack of grazing among the French seems to be a major contributing factor in their ability to stay slim, and it makes sense. After all, giving yourself fewer opportunities to eat during the day helps you cut back on calories, as evidenced by the popularity of intermittent fasting for weight loss. In fact, according to a 2013 study, those who cut out a meal ended up consuming 400 fewer calories each day, not feeling like they needed to eat more during the other meals they ate.

Many American experts agree that mindless, not intentional grazing is a habit Americans need to drop, including Nealy Fischer, author of Food You Want: For the Life You Crave.

“I actually don’t believe in snacking, personally,” she says, with the caveat that, like the French, she does believe that kids might occasionally need an extra something between meals. “I do think that there are moments where snacks are appropriate, especially after school,” she says. 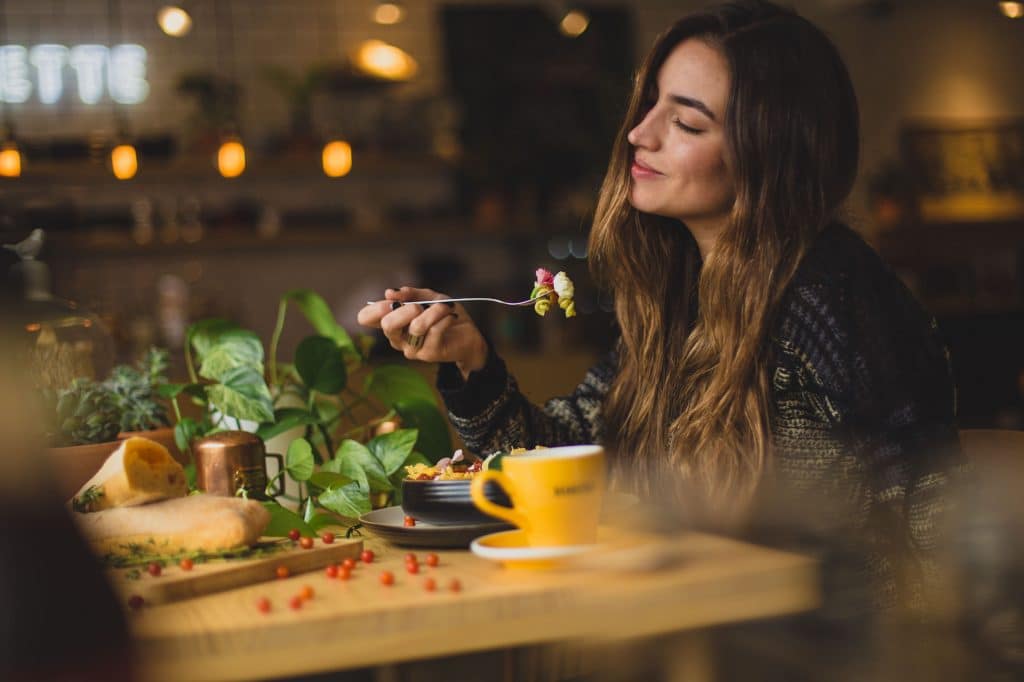 On the other hand, Elise Museles, certified Eating Psychology and Nutrition Expert and podcast host of Once Upon a Food Story, thinks that both kids and adults can benefit from a mid-afternoon snack, especially if there is a big gap between lunch and dinner.

“I look at snacks as a bridge to keep your blood sugar stable,” she says. “Even if you eat the most balanced lunch, if you’re eating it at 12 or 1 o’clock and you’re waiting six or seven hours, I am a big believer in having something to keep your blood sugar stable between those hours. Having said that, if your eating patterns are more such that you’re eating in a shorter timeframe, and you go three or four hours between lunch and your dinner, then you don’t necessarily need a snack for that—unless your body’s telling you that you need it.”

It is this latter point that our experts highlight as the lynchpin in discovering whether or not snacking is a good idea for you: learning to identify your own hunger cues, a skill that many Americans have never really developed. “My stance is and always will be to find an eating rhythm that truly works for you,” says Lindsey Kane, Director of Nutrition and RD for Sun Basket. She encourages people to listen to their own hunger cues to discover what feels best for their body. “Your body is biologically hardwired to give you a friendly nudge when it needs to be fed. Focus less on how many snacks am I ‘allowed’ to have, and instead, flip the script. Give yourself permission to eat as many snacks as you need to honor your hunger and fuel your body.” 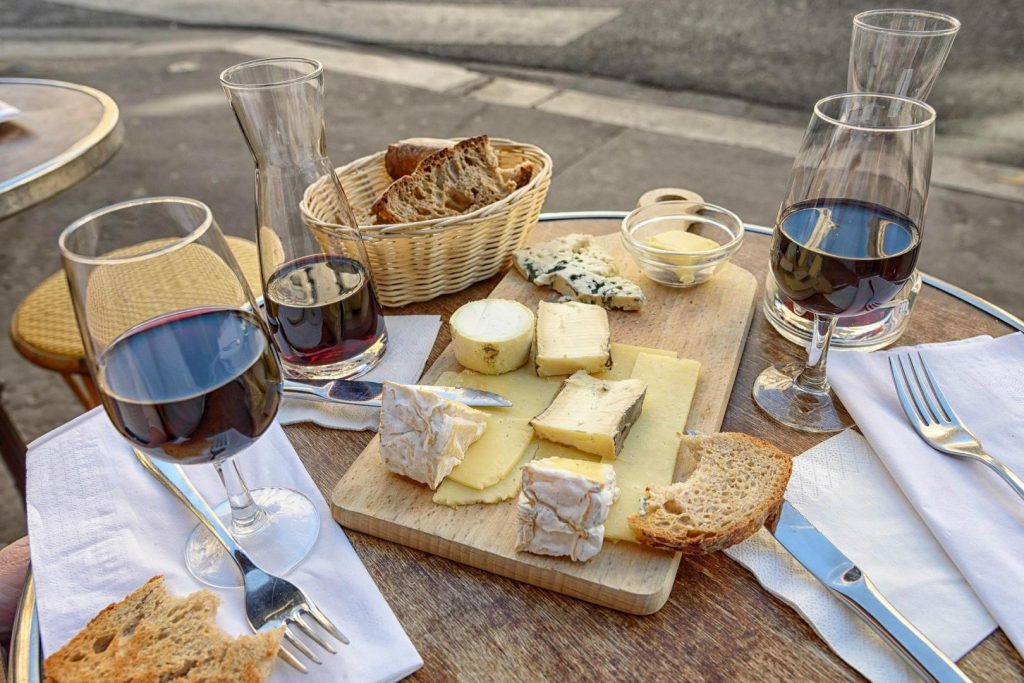 This mindset flies in the face of popular fasting protocols, but our experts insist that while it’s certainly a good idea to wait until you’re hungry to eat, waiting until you’re starving could backfire.

“Depriving yourself of just one meal per day creates the toxic ‘all or nothing’ mentality,” says Kane. “When you do allow yourself to eat, you enter a crazy, hazy feeding frenzy—not exactly a state of mind where the most nourishing food choices are made.”

If you decide that snacks are right for you, bear in mind that not all snacks are created equal. While the French quatre-heures tends to be quite sweet–baguette and dark chocolate, cookies, pound cake, or chouquettes, to name just a few–the ideal mid-afternoon snack should be healthful and nutrient-dense.

Here are just a few ideas of healthy, balanced snacks, to get you started: An apple with almond butter, Cheese and whole-grain crackers, Plain, high-protein yogurt with berries, Bell pepper slices with hummus, Gluten-free tortilla chips with guacamole, Sliced papaya, high-protein yogurt, and berries, A mason jar of hummus and crudités, Homemade energy bars with nuts and seeds, Fruit and a handful of nuts.